AGRITURISMO FOSSA MALA was born in the estate of Via Bassi in Fiume Veneto, in the province of Pordenone. In Villa Fossa Mala which is stylistically dated to the XVI/XVII century. A farmhouse of the Friuli Venezia Giulia, which is a typical closed court structure. A sign of the civilization of the villas that sowed beauty in the Veneto-Friuli countryside around 1600. 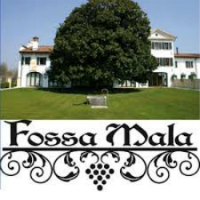 The villa still has today of the rural past signs such as the fountain-drinking trough, the cobblestones next to the former barn and the arches on the first floor originally dedicated to the barn.

This family estate lives in the daily work of its vineyards which made the great wines Fossa Mala, the stables, the cellar, the restaurant and fifteen rooms that make up the farmhouse which offers its guests the peace typical of this magnificent place in the heart of Friuli.

The Fossa Mala vineyard boasts 7859 vines per hectare on average weak rootstocks and selected indigenous and international varieties, both from clonal selections massal, from which are derived the grapes used for the production of wines Fossa Mala, both white and red.

Agriturismo Fossa Mala also consists of a winery where the grapes introduction is rapid because the vineyard is merged. Immediately after the harvest take place crushing, de-stemming and pressing of grapes. At this point Cantina Fossa Mala is involved in the storage of wine in temperature-controlled tanks with a total capacity of 9000 hl. The cellar has a line consisting of three blocks, the first for the filling and capping of bottles, the second for washing, capping and labeling and the internal for the cartoning.

Immersed in the Pordenone countryside, surrounded by its own vineyards, Fossa Mala is the ideal setting for an elegant stay in Friuli, in absolute relaxation.

One of the most striking farms in Friuli Venezia Giulia consists of fifteen rooms, immersed in the park of Villa Fossa Mala in glamor and style. All rooms retain the warmth of a family member of a time still providing modern comforts such as air conditioning, jacuzzi, TV, wi-fi, safe, minibar, parking and free bike rental. The property has two suites, one twin and one double, three junior suites, one double and two doubles and finally ten standard rooms including four doubles and six double.

Agriturismo Fossa Mala also consists of a great restaurant inspired by the traditions of Friuli, in the intimate and elegant atmosphere. This restaurant serves traditional but also gourmet meals along with many dishes inspired by improves Friulian and Italian tradition. The quality cuisine of the restaurant comes from the passion and goodness of the ingredients used, from the first to desserts prepared with care and passion by Chef craft that are available to satisfy any particular need of its guests. Besides the restaurant also it has a wine bar where you can taste local products and wines of Cantina Fossa Mala.