BIRRA LUCANA BIRRA LA LUCANA is a handmade product of Birrificio Fam located in Del Mulino in Sant’Arcangelo in the province of Potenza. One of the best Italian breweries producing fermented ales. This brewery has developed a new way to make a good craft beer to satisfy every palate, even the most refined.

The beers of Birrificio Fam born dall’ammostamento malts, filtration and boiling with the addition of only carefully selected hops and quality in order to obtain a finished product with unique features.

Birra La Lucana is matured in ripening under pressure with a later step in the agitator which is added sugar, which later bottling has the task of providing yeast, in subsequent steps in the room warm and then cold, nourishment for Carbonari to the beer and make it sparkle.

This maturation process lasts beer between forty and sixty days after which the brewery specialties are ready to be enjoyed. The Birrificio Fam being one of the Italian producers of craft Birra Lucana produces beer in three different variants including the blanche, the blonde and red double malt.

The Blanche Belgian specialty beers are named after their turbidity due to the addition of oatmeal and wheat flakes which make the milky white wad. Excellent beer that shows a flavor of fresh, refreshing, fruity, tart and mellow which makes it unique and connoisseurs

The rather Blonde is a beer style IPA, India Pale Ale, a type of beer born from the export of British beers in India and transported by sea in the past. This beer needed a hopping very determined to be preserved at its best. A beer from the dry taste and hoppy well that had a great success, creating a new style of beer.

Red Double Malt instead is a Trappist beer in style. The beers in this style are beers of abbey that in the past were produced by Trappist monks. The lappolatura gives the beer a smell and a flavor that hides a typical alcohol content of lager beers. 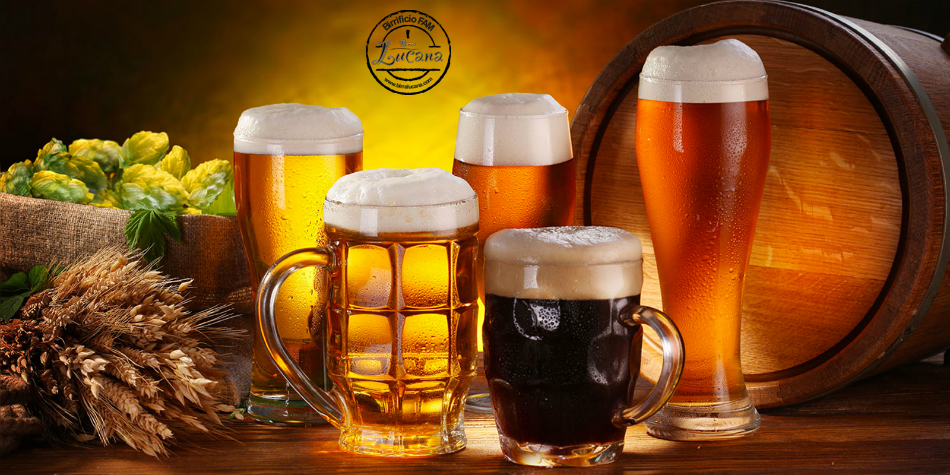