ROMALDO GRECO is the founder of the Apulian winery known to be among the best wineries of Salento. The company’s belief is that of enhancing native vines par excellence, such as the Salentino Negroamaro wine and the Primitivo wine. In addition, these wines are flanked by international vines such as Chardonnay, Syrah, Merlot and Cabernet Sauvignon.

The Romaldo Greco winery is located in Seclì, in the heart of Salento. It is well known that this land has always been suited to the cultivation of the vine. From the beginning the Founder, Romaldo, has maintained strong ties with his own land. Through a work of commitment and daily sacrifice, precious Salento wines are produced.

Here there is the constant enhancement of native vines. In addition to this, the age-old farming tradition of their land is reinterpreted in a contemporary key to the constant search for a qualitative improvement of their grapes. The wine-growing area of the winery, which has its roots in the land of Salento, is grown with a spurred cordon system, and is mainly made up of the native vines par excellence. From these vines are produced wines from Puglia which do not go unnoticed.

The soil is a medium mixture, basically clayey. The textures of the land present light but substantial differences that allow a wide heterogeneity of production. And it is precisely in these lands that the vines grow and give life to the best Negroamaro Salento wine. 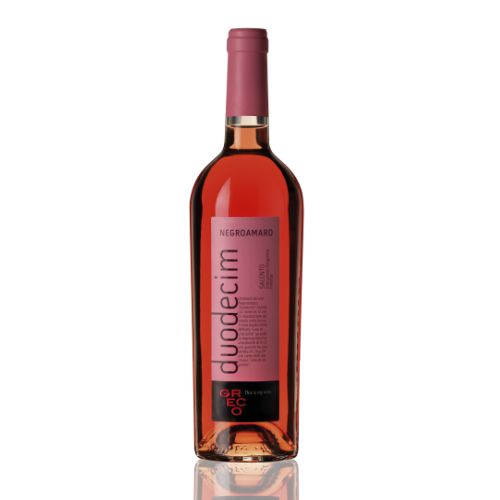 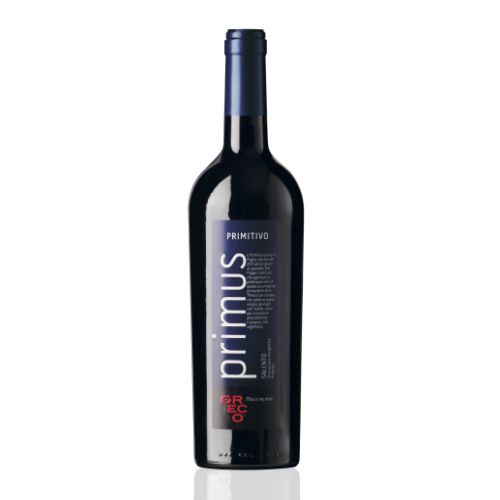 View: ruby ​​red with light garnet reflections. Nose: on the nose it expresses an immediate note of marasca, followed by tones of black cherry and plum blunted by a good minerality. Light mineral background. 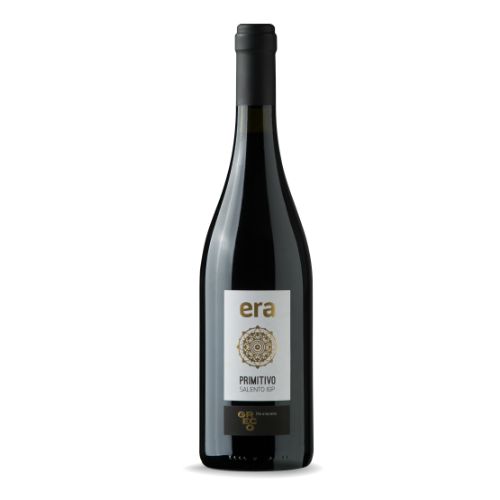 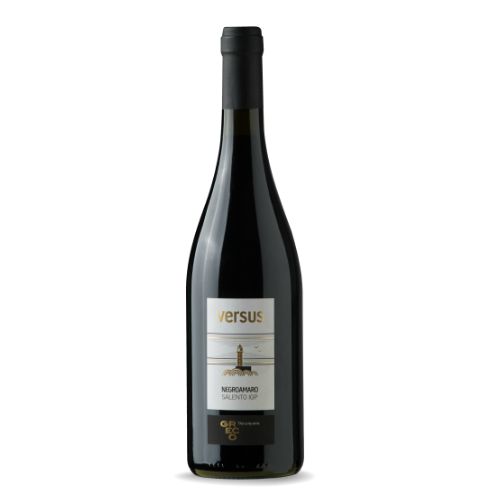 Buy our products now: pcs
Remember that: the wines are sent directly from the cellar.
Buy our products now
In 2015, the firstborn of Romaldo, Antongiulio, joins his father in the reorganization of the vineyards, which affirms a strong innovative drive in the management of the company. In this regard, new vines are introduced, rationalizing the planting standards with modern criteria.

The wines par excellence produced by the Romaldo Greco winery are: Negroamaro and Primitivo, flanked by international vines such as Chardonnay, Syrah, Merlot and Cabernet Sauvignon.

An innovative project for the Greek Winery, called Versus. The project consists of a chromothermal label that indicates the temperature that the wine must have to be served. Furthermore, a second project: Battiti di Vite. With it we wanted to transform the impulses of the screws into sound emissions.